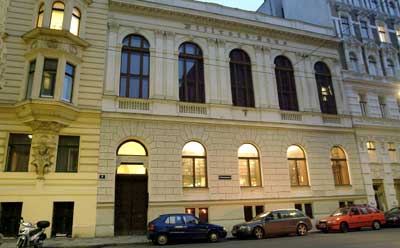 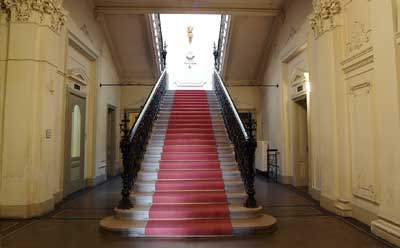 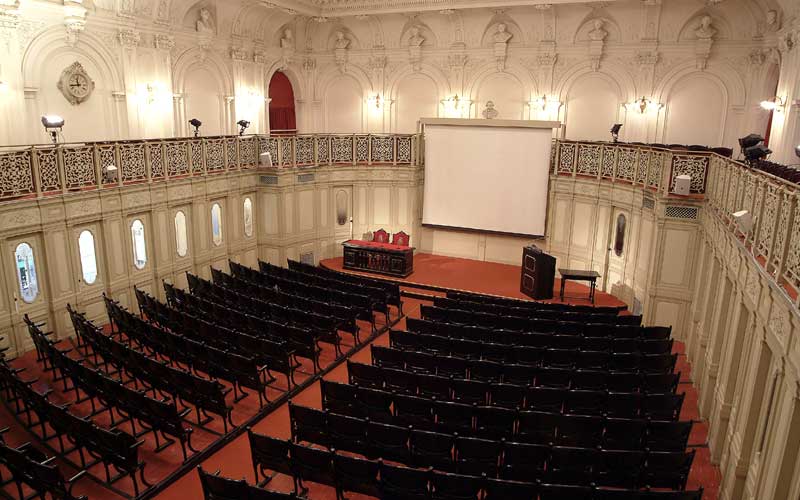 The Billrothhaus, named after Austrian physician and former president of the society Theodor Billroth, is the headquarter of the College of Physicians in Vienna. It is a palatial building in the Neo-Renaissance style and was finished construction in 1893. The concerts take place at the large, rectangular Festive Hall on the first floor.

How to get to the Billrothhaus

The Billrothhaus lies behind the Votive Church, next to the University of Vienna. It can easily be reached from the station Schottentor of subway line U2 or the station Landesgerichtsstraße of the tramway lines #43 and #44.

As is the case with all concerts that take place in the first district (Innere Stadt), we recommend to not go there there by car. The first district is a labyrinth of narrow one-way streets and blind ends and parking is at best difficult, more often impossible. The area is also a short-term parking zone (Kurzparkzone) from Monday to Friday from 9:00 to 22:00 with a maximum parking time of two hours. Prepaid parking vouchers may be purchased at tobacconists, all points of advance sale and ticket machines at all Vienna public transport underground stations, automobile clubs ARBÖ and ÖAMTC and some petrol/gas stations.