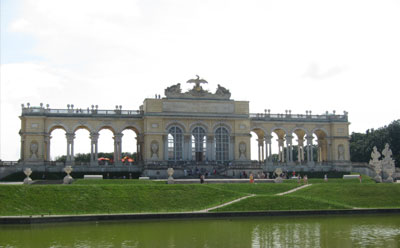 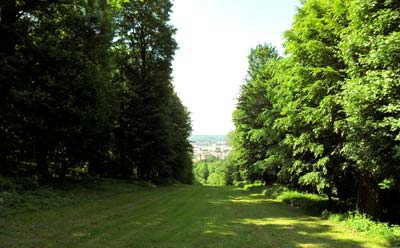 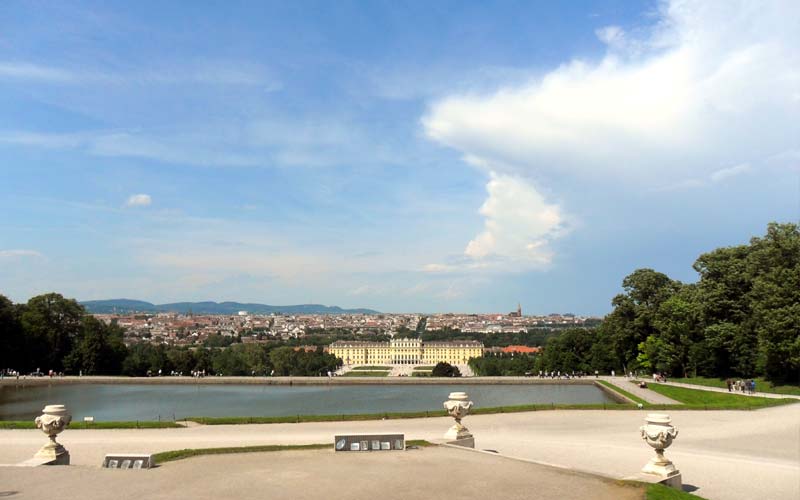 Vienna is the undisputed cultural center of Austria and one of the world capitals of music. Not only is the city the birthplace of the waltz, but it was also home and workplace to the likes of Wolfgang Amadeus Mozart, Joseph Haydn, Ludwig van Beethoven, Franz Schubert, the Strauss family, Johannes Brahms and Gustav Mahler. Even today operas, concerts and theatrical performances play a major part in Viennese life. Carefully watched over by the famous Society of Friends of Music, Vienna's role as a leading music city remains unchallengeable.

Vienna lies in the northeastern corner of Austria, between the foothills of the Alps and the Carpathians, where the Danube (German: Donau), Europe's second longest river, has cut its path through the mountains. Situated alongside the river, the city covers an area of 160 square miles (415 square kilometres), reaching across the Danube on one side and climbing into the Vienna Woods (German: Wienerwald on the other. Vienna's highest points are the 1,585- foot (483 meters) Kahlen Mountain (German: Kahlenberg) and the 1,778-foot (542 meter) Hermanns Mountain (German: Hermannskogel). The hills of the Vienna Woods slope to the river in four circular terraces, with the Inner City (German: Innere Stadt) occupying the second lowest terrace. The city has a mean altitude of 1,804 feet (550 meters), but different sections vary considerably in height.

Vienna is divided into 23 districts. At the core is district I, the Innere Stadt, which contains most of the city's famous structures. The old city is characterized by narrow alleys and monumental buildings. Surrounding the heart of the city is the Ringstrasse, or Ring, a circular road lined with grand buildings, monuments, and parks. Beyond the Ring are the inner suburbs (districts II-IX). Leopoldstadt (district II) encompasses the famous 3,200-acre (1,295-hectare) Prater, formerly the hunting and riding preserve of the aristocracy, but since 1766 a public park whose amenities include a stadium, fairgrounds, racetracks, and many restaurants. Beyond another ring road, the Gürtel, lie the outer suburbs (districts X – XXIII), which are largely residential. Also beyond the Gürtel is the vast Central Cemetery, where many great musical figures and other famous Viennese are buried.

Viennese Lebenskunst ("art of living") has survived changing rulers and times. It is still possible to live in Vienna at the same pace and in much the same style as centuries ago. The city on the Danube still reverberates with the stately elegance of the Habsburg dynasty, which ruled the Austro-Hungarian Empire in the 18th and 19th centuries. Many of Vienna's urban prospects are basically those devised over several centuries by imperial gardeners and architects.

Dominating the skyline are still the spire of St. Stephen's Cathedral and the giant Ferris wheel in the city's chief park, the Prater. The same classical music is played in the same authentic concert halls, and a theatrical or operatic success still stimulates lively conversation. One can drink the same sourish local wines in the taverns on the outskirts of town, consume the same mountains of whipped cream at Sacher's and Demel's, and sample the same infinite varieties of coffee in countless cafés. Thick woolen suits and overcoats in shades of green, gray, or brown loden cloth and colourful dirndl dresses are still the fashion. It is even possible to ride in a traditional fiacre, the two-horse carriage driven by a bowler-hatted coachman.