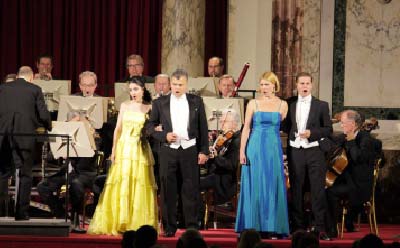 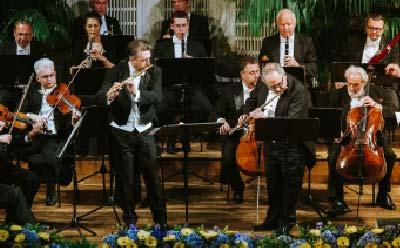 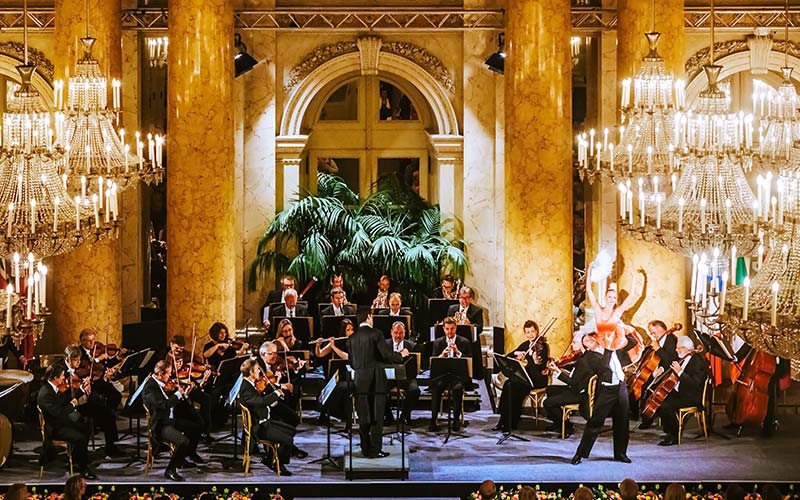 In 1971 the best musicians from all large orchestral societies in Vienna came together and formed the Vienna Hofburg Orchestra under the direction of the conductor Gert Hofbauer. Their goal is to cultivate Viennese waltz and operetta music and carry it into the world. Regional and international radio and television productions, international engagements at symphonic concerts, as well as various recordings have spread the orchestra’s fame and popularity.

The Hofburg Orchestra performs regularly from March to October at the historical halls of the Vienna Hofburg Palace, the Konzerthaus and at the Garden Palace Liechtenstein. Tickets are available in three categories, the position of the categories depends on the concert hall. The seats are not numbered — seating will be assigned at admission. The category SUPERIOR also includes an audio-CD of the concert and a copy of the program.

The concerts last for 90 minutes without intermission. Admission to the Hofburg Orchestra concerts opens 60 minutes before the concert.
All concert locations are easily accessible, regardless of category. Please do not hesitate to ask our staff for assistance.
Children under the age of 2 are not permitted at the concerts. Children up to and including the age of 5 are permitted as long as they sit on your lap. Children age 6 and older require their own seat. Please note that there are no discounts.

Christmas concerts at the Festival Hall

The Christmas concerts on the 25th and the 26th of December of the Hofburg Orchestra are among the highlights of the musical season. The concerts begin at 20:30 and last approximately 90 minutes (no intermission). Tickets are available in three categories. The seats are not numbered — seating will be assigned at admission. 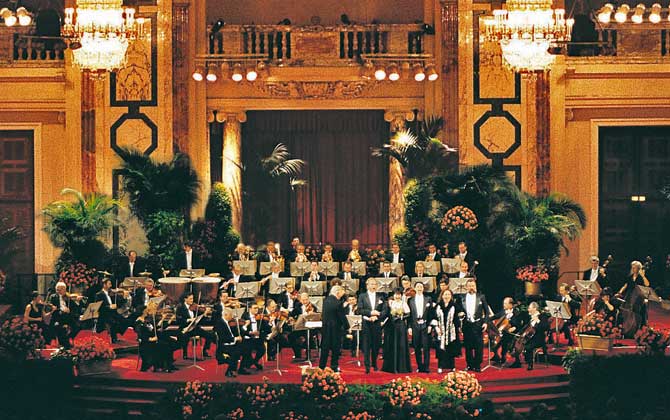 On New Year's Eve the Vienna Hofburg Orchestra performs at 20:30 and on New Year's Day at 11:00 and 18:00 at the beautiful Hercules Hall at the Garden Palace Liechtenstein. The concerts last for 90 minutes without intermission. Tickets are available in three categories. The seats are not numbered — seating will be assigned at admission. 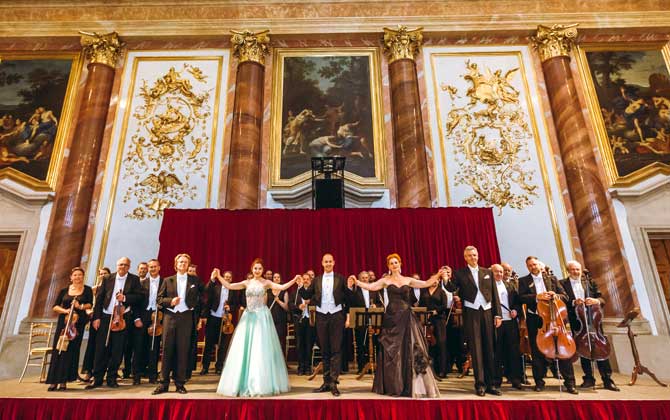 From the program of the Hofburg-Orchestra concerts

The program includes the most popular waltz and operetta pieces by Johann Strauss, Emmerich Kalman, and Franz Lehar, as well as opera aries and duets by Wolfgang Amadeus Mozart. The Vienna Hofburg Orchestra is composed of 36 professional orchestra musicians and 6 international vocal soloists.