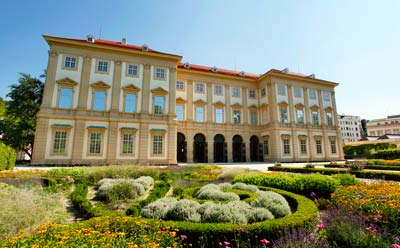 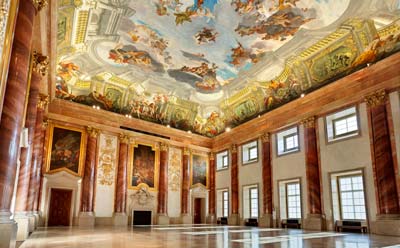 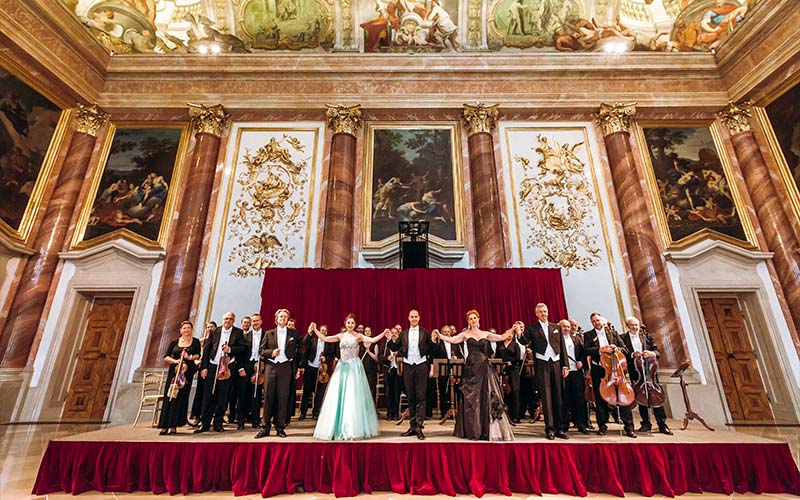 The Garden Palace Liechtenstein is part of the UNESCO World Heritage Site Historic Centre of Vienna. It was built by Prince Johann Adam Andreas von Liechtenstein, who commissioned its design and construction from Domenico Egidio Rossi and Domenico Martinelli.

The Hercules Hall is Vienna’s largest secular baroque hall. The perfectly restored magnificent ceiling fresco by Andrea Pozzo and the impressive marble columns form a splendid setting for the concerts of the Vienna Hofburg Orchestra.

How to get to the Garden Palace Liechtenstein

The Garden Palace Liechtenstein is only a short walk away from the subway station Friedensbrücke of the subway line U4 and the station Spitalgasse/Währingerstraße of the tram lines #5, #37, #38, #41, #41 und #42. Next to the garden palace is also the station The stations Seegasse of the tram line D and Bauernfeldplatz of the bus line 48A are also close by.

While parking in the ninth district is not as bad as in the first district, we do not recommend to go there there by car. The area is a short-term parking zone (Kurzparkzone) from Monday to Friday from 9:00 to 22:00 with a maximum parking time of two hours. Prepaid parking vouchers may be purchased at tobacconists, all points of advance sale and ticket machines at all Vienna public transport underground stations, automobile clubs ARBÖ and ÖAMTC and some petrol/gas stations.