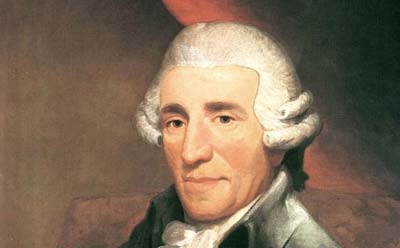 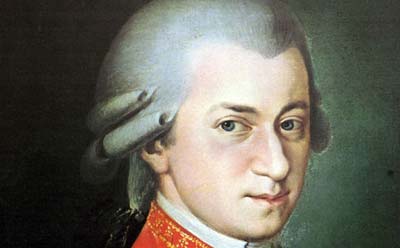 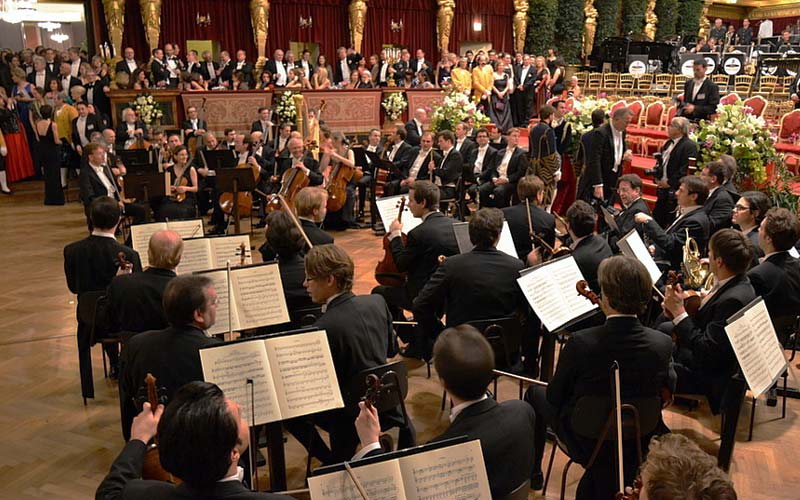 Today, Vienna's musical heritage is of international renown. The works of Wolfgang Amadeus Mozart are performed all over the world, Strauss' Waltz "An der schönen blauen Donau" is a masterpiece everyone has at least heard once in his life. For centuries, Vienna was the glittering capital of a great empire where the potential sponsorship of the Habsburg dynasty and many of the aristocrats at the imperial court created an excellent environment for musicians and artists. It is not surprising that many great composers were attracted to the city – they came, stayed and wrote immortal music. The Viennese musical tradition has continued for centuries, from one great composer to the next, from Haydn to Mozart, from Mozart to Beethoven, from Beethoven to Schubert and onward far into the twentieth century.

Joseph Haydn (1732 – 1809), the doyen of the Vienna Classic period, once said "My language is spoken throughout the world". And his music still transcends language and other barriers. Haydn’s reputation was such that Mozart dedicated six string quartets to him; Beethoven came all the way from Germany to take lessons from “Papa Haydn”. Haydn started out in Vienna as a choir boy at St. Stephen’s Cathedral, but spent most of his career in the service of the music-loving Prince Esterhazy outside of the capital. At 65, he settled in Vienna, where he spent the remaining twelve years of his life. He composed more than a hundred symphonies, a great number of chamber music works, and numerous oratorios and masses.

In 1781, one of Haydn’s greatest admirers, Wolfgang Amadeus Mozart (1756 – 1791), moved to Vienna, the city at whose imperial court he had enjoyed such great success as a child prodigy; he remained in Vienna until the end of his life. To his father, he once wrote of his “irrational affection” for Vienna. Indeed, Mozart’s happiest and most productive years were spent in Vienna. This is where he composed his most famous operas, such as “The Marriage of Figaro,” “Così Fan Tutte” and “Don Giovanni,” his last, “Die Zauberflöte,” had its successful premiere at Theater auf der Wieden shortly before his untimely death.

“Perhaps heaven will permit me not to have to give up Vienna as my permanent abode”, wrote Ludwig van Beethoven (1770 – 1827) about the city to which he had moved from his native Germany. The passionate composer’s wish was fulfilled in more ways than one: all in all, Beethoven changed residences 69 times during his thirty-five years in Vienna. Many of his domiciles are marked with memorial plaques, two of which are of particular interest: the building where he composed his Third Symphony, the “Eroica,” and the house where he wrote his “Heiligenstädter Testament,” a document that bears witness to the musician’s deep love of humanity. His oeuvre – written almost exclusively in Vienna – includes symphonies, chamber music, concertos and just one opera, “Fidelio,” which premiered at the quaint Theater an der Wien.

Apparently the grandiose Beethoven and his ardent admirer Franz Schubert (1797 – 1828) never met. Who, looking at the chubby, diminutive Schubert, nicknamed “Schwammerl” (mushroom) by his friends, would have expected him to write the heavenly music that flowed from his pen during his all-too-short life span. At his death at 31, he had composed almost a thousand musical works, among them more than 600 lieder, 9 symphonies (the eighth, “The Unfinished,” was deliberately never completed), glorious chamber works and challenging piano music, some of which was never performed during his lifetime. Schubert and his friends celebrated musical evenings together, called “Schubertiaden,” a tradition that has since been revived in Vienna and elsewhere.

Born in Upper Austria, Anton Bruckner (1824 – 1896) lived and taught in Vienna for many decades. He lived in a side tract of the Upper Belvedere Palace. Known by many as “God’s Musician,” the devout Bruckner’s glorious symphonies have often been praised for their imposing grandeur. During his lifetime, Vienna split into two factions: Bruckner’s followers and the admirers of Johannes Brahms (1833 – 1897), the composer of great music who was born in Northern Germany and chose Vienna to pursue his musical ambitions. Towards the end of the last century, one simply could not belong to both camps. In the admiration of today’s audiences, the two composers happily coexist.

Brahms was, by his own admission, somewhat envious of Johann Strauss Son (1825 – 1899). Asked for an autograph by Strauss’ wife, Adele, he wrote the first bars of “The Blue Danube” and, underneath, “Alas, not by – Johannes Brahms.” Like the rest of the musical world, Brahms bowed to the genius of Vienna’s undisputed Waltz King. Of course, he was not the only Viennese composer of waltzes and operettas – Johann Strauss Father (1804 – 1849) had already written his famous “Radetzky March” and his brothers Josef (1827 – 1870) and Eduard (1835 – 1916) also contributed to the musical form that the world ultimately came to know as quintessentially Viennese.

Gustav Mahler (1860 – 1911) well deserves his commemorative plaque at the Vienna State Opera House. It is not generally known outside of Austria that this singular composer – who did not achieve world-wide recognition until well after his death – held the coveted post of artistic director of the Wiener Staatsoper for ten seasons.

Viennese musical tradition continues after the nineteenth century: modern composers of world-renown, such as the inventor of twelve-tone music, Arnold Schönberg (1874 – 1951), Anton von Webern (1883 – 1945) and Alban Berg (1885 – 1935), the composer of Wozzeck, also hailed from Vienna. The works of these and a number of other composers were originally known as Die Zweite Wiener Schule (Second Viennese School), but today are referred to simply as the “Viennese School”.