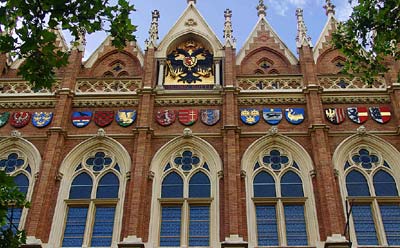 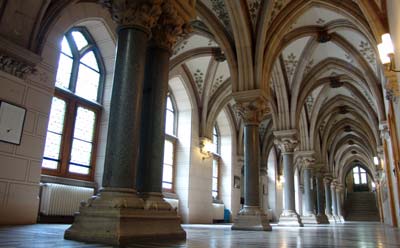 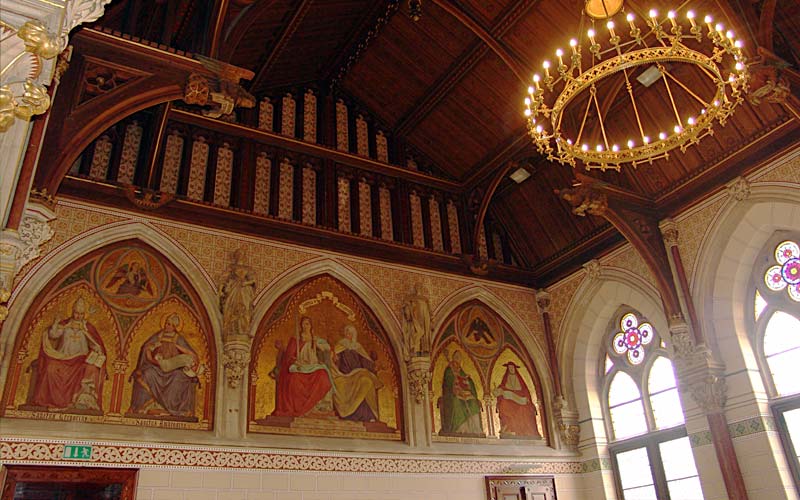 Friedrich Freiherr von Schmidt was born on the 22nd of October 1825 at Frickhofen in Württemberg. He studied stonemasonry at the Polytechnic school in Stuttgart.

In 1859 he was a professor at the Academy of Fine Arts in Vienna, from 1865 and on he was headmaster at the school of architecture. In 1863 he was master builder of St. Stephen's church.

In 1883 Friedrich von Schmidt was given honorary citizenship of the city of Vienna and in 18866 he was knighted. Between 1866 and 1870 he was a member of the Vienna City Council.

Friedrich von Schmidt died on the 23rd of January 1891 in Vienna. He received a honorary grave in Vienna's Central Cemetery. The square behind the city hall is named in his honor Friedrich-Schmidt-Platz.

The Vienna Imperial Hall at the Beethoven Platz 1 was built by Friedrich Schmidt, master builder of St. Stephen's Cathedral (Stephansdom) and architect of the Vienna town hall (Wiener Rathaus). The glorious architecture of the magnificent, neo-gothic Imperial Hall is captivating and provides an unsurpassable sound experience, fitting for the Vienna Royal Orchestra concerts. 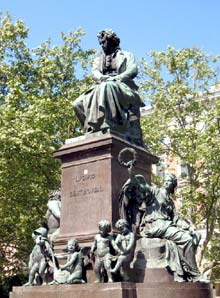 In the Middle Ages, the site of today's Beethoven square was part of Vienna's suburbs, right outside the Stubentor, a former city gate. In the years 1857 to 1864 the old city walls were torn down and construction of the Ringstraße started in their place. The back then not named square was bounded on one side by the Wien River, on its other sides numerous buildings were built, most still have historical significance today.

How to get to the Imperial Hall

Take the U4 subway train to station Stadtpark, exit towards Johannesgasse and walk down Lothringerstrasse – the Beethovenplatz will be on your right-hand side. Or take the local tram #2 or #71 to station Schwarzenbergplatz (Schwarzenbergstrasse), walk down Schubertring and take a right at Christinengasse, which will lead you directly onto Beethovenplatz.

Let the Vienna Royal Orchestra take you away to an unique time period and enjoy a feast for the senses with entertainment at the highest artistic level!