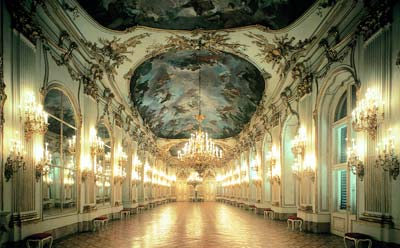 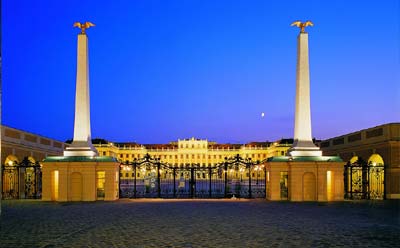 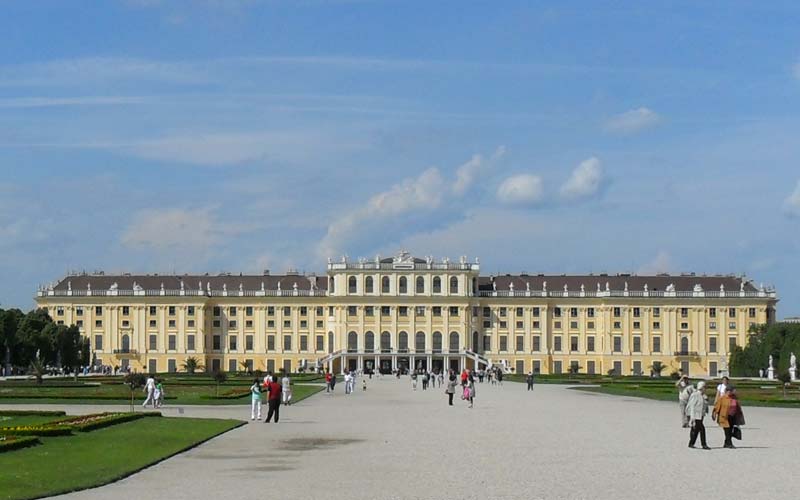 As far back as the time of dowager empress Wilhelmine Amalie an orangery garden was laid out at Schönbrunn which included a hothouse for overwintering bitter orange trees.

In 1754 Franz I Stephan instigated the building of the Orangery by Nicola Pacassi, probably according to designs by Nicolas Jadot. One hundred and eighty-nine metres long and ten metres wide, the Orangery Schoenbrunn is one of the two largest Baroque orangeries in the world, the other being the orangery at Versailles. The south facade is articulated by an alternating series of large and small apertures with rusticated pilasters decorated with masks. The interior has a regular sequence of shallow vaults and is heated by a hypocaust system.

The Orangery served not only as the winter quarters for citrus trees and other potted plants but was also a winter garden used for imperial court festivities. Joseph II was especially fond of holding celebrations in the Orangery with festively-decorated banqueting tables, ranks of flowering plants and illuminations mounted in the tops of the citrus trees. During a winter festivity in 1786 Mozart conducted his Singspiel "The Impresario" here. The rear part of the Orangery is still used in its original function, while the recently renovated front section is used for events such as the Schoenbrunn Palace concerts.

The Great Gallery is at the center of Schoenbrunn Palace. With a length of over 40 meters and a width of almost 10 meters, it was mainly used for receptions, balls and banquets. The Great Gallery has high windows overlooking the garden on one side, and majestic crystal mirrors on the opposing side. The white walls are decorated with gilded stucco from the Rococo era, the ceiling has three large paintings by Italian painter Gregorio Guglielmi. Originally more than 60 gilded sconces and two heavy chandeliers filled the room with light.

How to get to Schoenbrunn Palace

Getting to Schoenbrunn Place by car is not recommended. The area is a short-term parking zone (Kurzparkzone) from Monday to Friday from 9:00 to 22:00 with a maximum parking time of two hours. Prepaid parking vouchers may be purchased at tobacconists, all points of advance sale and ticket machines at all Vienna public transport underground stations, automobile clubs ARBÖ and ÖAMTC and some petrol/gas stations.